They become important instruments to ignite public awareness about garbage issues. All of these will be united in TrashStock Bali Festival 2015.

TrashStock Festival 2015 is an event that features musicians, artists and organizations to form a community that inspires, educates and be a pioneer of environmental friendly industrial change. This event is also cooperating with Act Global and students of Communication Studies from Udayana University.

With “Music, Artistic, Plastic” as the theme, TrashStock Festival 2015 try to inspire and innovate the young generations of Indonesia to resolve environmental issues, especially plastic waste.

Live music will be held on the first day of event. Robi “Navicula” and Nanoe Biroe will socialize environmental awareness through his performance. Balinese musicians such as, The Mangrooves, Semara Pagulingan Mekar Bhuana, Rizal Abdulhadi, Rollfast and Deep Sea Explores will participate TrashStock Festival.

Many artworks of Filip Pishik, a Russian architect; Made Bayak—an artist, musician, and environmental activist ; Gus Dark; Dodit Artawan; Gede Sayur—an environmental activists who made the bamboo installation “Not For Sale” in the fields as tourism object in “Ceking” in Tegallalang Village, District Tegallalang, Gianyar; and Malioboro Miko all will be exhibited in the Artistic Plastic art exhibitions held on June 20th-21th 2015.

Informal education about plastic garbage management will be summarized in Nature Library and Plastikologi project. Plastikologi is a plastic recycling project inspired by Made Bayak.

Environmental photography competition is reserved to motivate photography’s enthusiasts  to be more aware of environment. The message conveyed through photographs deliver a message of it is time for Bali to maintain an environment friendly lifestyle, and reducing plastic usage is one way to go.

All musicians, artists and participants of  TrashStock Festival 2015 work with ngayah concept, adapted from the Balinese culture. Ngayah is a work ethic of dedication that does not expect anything in return. All the participants in this event will not be paid. Their contributions symbolize their awareness about plastic waste issue.

In addition to the participation of artists and organizations concerned about the environment, TrashStock Festival 2015 is open for public who wants to participate by visiting the link listed, (http://startsomegood.com/Venture/trashstock_festival).

All profits from TrashStock Festival 2015 will be donated to Manik Bumi Foundation, an organization that educates about managing plastic waste. 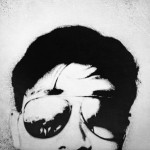 Design and developed by Manu